Paris in May – part I

It seems that May is the “travelling with friends” month for me. Last year I’ve been to Norway with Nesli and this year I went to Paris, to meet my fr

It seems that May is the “travelling with friends” month for me. Last year I’ve been to Norway with Nesli and this year I went to Paris, to meet my friend Elena. She was on her way back to US, returning from a holiday in Romania. We only see each other about once a year, because she lives in Houston, TX, so we were determined to make the most out of our brief time together. Paris received us with dark menacing clouds and a thunderstorm. I love thunderstorms, but I didn’t particularly like to come back to the hotel soaked; anyway, nothing that a hot shower can’t fix! 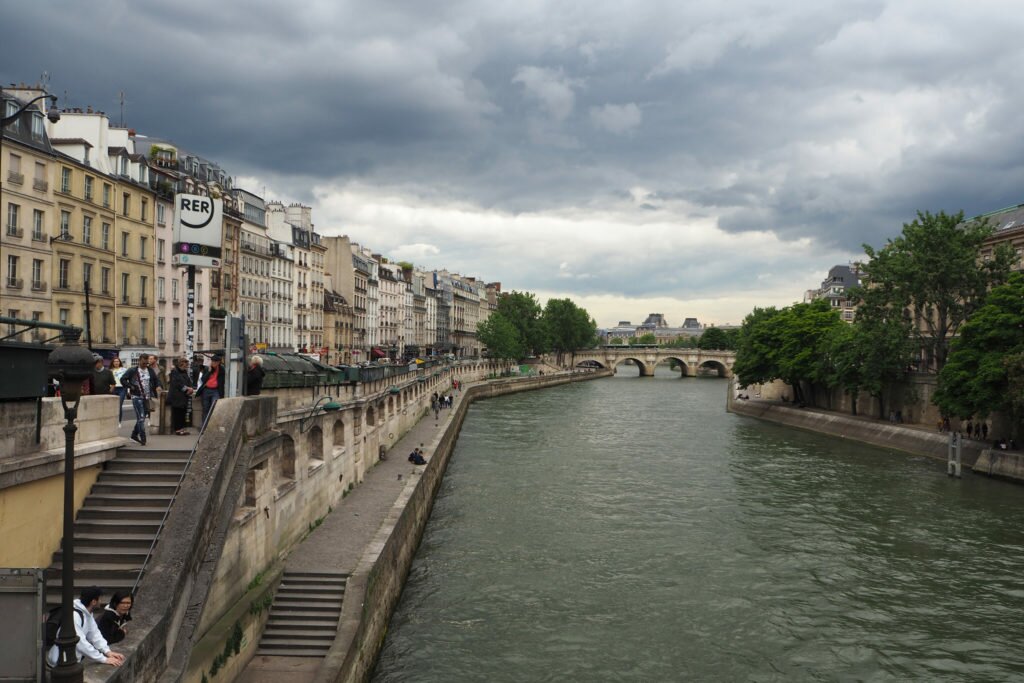 We talked late into the night, we laughed and discussed art, life and everything else. If we could, we would have stayed awake the whole night until breakfast. Before we went to bed, we were already enthusiastic about the next day, and Elena told me she was planning to drink three coffees in the morning. I laughed, but I knew she was serious. She’s very serious about her coffee 🙂 The following morning she drank the three coffees (I only had two): first in a place where the coffee was good but the staff looked upset we were there so early, and then in a more friendly café on Saint Michel boulevard, where we finally got freshly baked croissants.

The day went on with lots of walking, talking and laughing, and the occasional stop for food or macaroons. We went to see the Eiffel Tower, and I was very disappointed by all the fences built around it and around the neighbouring area. It wasn’t as I remembered it, the fences really took away most of the charm of that place. It’s better to see it from a distance now. We also walked along Seine, one of my favourite parts of the day, because it was more quiet than the streets. Paris is beautiful and grandiose, but it’s also a crowded place, and I can’t deal with that very well lately.

In the evening, Elena did her daily watercolour and blog post, and we went out again for drinks. We had the best Aperol spritz one can have at Café de Flore, one of the oldest coffeehouses of Paris. Apart from feeling great in the cosy and laid-back atmosphere of the café, it was lovely to think that famous writers spent their nights in that same place, including Romanians like Emil Cioran and Eugène Ionesco. It’s a wonderful place for people watching, there were so many interesting characters in that place (but make sure you go inside, it’s better than the outdoor space)!

The next day, my friend left to the airport early in the morning, and I remained to explore Paris alone for one more day.